Thom Jones, who died in 2016, was a National Book Award finalist, O. Henry Award winner, and the author of three story collections: The Pugilist at Rest, Cold Snap, and Sonny Liston Was a Friend of Mine. He received an MFA from the University of Iowa in 1973 and thereafter worked an array of jobs, from copywriter to janitor, until he was published for the first time, in The New Yorker, in his mid-forties. His stories went on to be published in other magazines such as Harper‘s, Esquire, Playboy, and Story and were reprinted numerous times in The Best American Short Stories. John Updike chose his story ‘I Want to Live!’ for The Best American Short Stories of the Century. Sonny Liston Was a Friend of Mine
Thom Jones
£3.50 A posthumous and definitive collection of new and selected stories by short-fiction icon and National Book Award finalist Thom Jones, with… New to Faber Modern Classics, a collection of stories by the award-winning and critically-acclaimed writer, Thom Jones.

The Pugilist at Rest
Thom Jones
£8.99 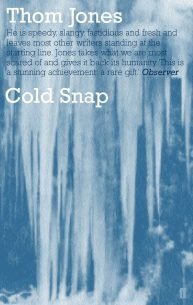 Dilapidated fight arenas, Christmas in a psychiatric ward, chaotic emergency rooms – this is the world of Thom Jones, whose stories…