Stephen Unwin is Artistic Director of the Rose Theatre in Kingston. He founded English Touring Theatre in 1993, where his Shakespeare productions include A Midsummer Night’s Dream, Hamlet, Macbeth, As You Like It, Henry IV, Parts One and Two, King Lear and Romeo and Juliet. He is the winner of the 2003 Sam Wanamaker Shakespeare Globe Award. He directed Kenneth McLeish’s translations of A Doll’s House, Hedda Gabler and The Master Builder. He has directed more than fifty theatre and opera productions for the Royal National Theatre, English National Opera, the Royal Opera House, the Royal Court Theatre and many others. His work has been seen at the Donmar Warehouse, the Almeida Theatre and the Old Vic. He has co-written A Pocket Guide to Twentieth Century Drama and A Pocket Guide to Ibsen, Chekhov and Strindberg (Faber & Faber), So You Want to be a Theatre Director? (Nick Hern Books) and A Guide to the Plays of Bertolt Brecht (Methuen). 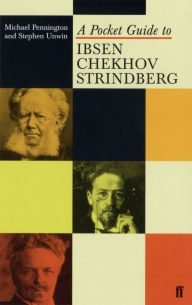 A Pocket Guide to Ibsen, Chekhov and Strindberg, by Michael Pennington and Stephen Unwin, is a handy reference book which provides…

A Pocket Guide to Ibsen, Chekhov and Strindberg
Stephen Unwin
£8.99 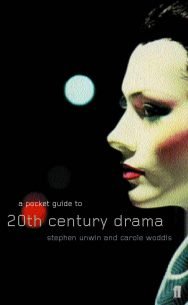 A Pocket Guide to Twentieth-Century Drama, by Stephen Unwin and Carole Woddis provides an overview of the twentieth century’s most significant…