Stephen Johnson studied cello at the Northern School of Music, Manchester, and went on to study composition with Alexander Goehr at Leeds University. After a brief period working for BBC Radio 3 he moved into musical journalism. Since then he has broadcast frequently for BBC Radio 3, Radio 4 and World Service, with major projects including fourteen programmes about the music of Bruckner for the centenary of the composer’s death (1996). He has written regularly for the Independent, the Guardian, BBC Music Magazine and Gramophone, and is the author of several books including Bruckner Remembered (Faber, 1998) and How Shostakovich Changed My Mind (Notting Hill Editions, 2018). In 2003 Johnson was voted Amazon.com Classical Music Writer of the Year. His radio documentary, Shostakovich: Journey into Light, was nominated for a Sony Award in 2007, and in 2009 his documentary Vaughan Williams: Valiant for Truth won a Sony Gold Award. 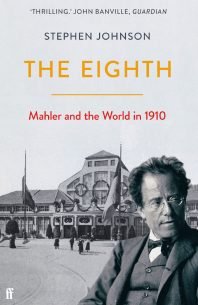 The Eighth
Stephen Johnson
£10.99
From the Journal