Stephen Banfield is Emeritus Professor of Music at the University of Bristol, having held the Stanley Hugh Badock chair there from 2003 to 2012. From 1992 to 2003 he was Elgar Professor of Music at the University of Birmingham. His highly acclaimed biography of Gerald Finzi was published by Faber in 1997, and he is also the author of Sensibility and English Song, Sondheim’s Broadway Musicals, Jerome Kern, and Music in the West Country. 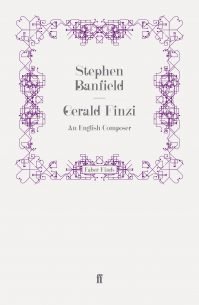