Stav Sherez is the author of The Devil’s Playground (2004), described by James Sallis as ‘altogether extraordinary’, and which was shortlisted for the CWA John Creasey Dagger Award, The Black Monastery (2009) described as ‘spectacular’ by Laura Wilson in the Guardian,and two novels in the Carrigan and Miller series, A Dark Redemption (2012) and Eleven Days (2013), both of which were shortlisted for the Theakstons Crime Novel of the Year Award. He is currently at work on the third novel in that series. You can find him on twitter @stavsherez. 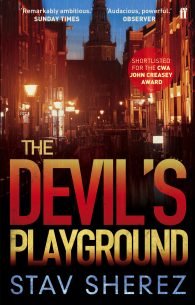 In his debut novel The Devil’s Playground, Stav Sherez – author of the best-selling Carrigan & Miller series – explores a… A fire rages through a sleepy West London square, engulfing a small convent hidden away among the residential houses. When DI… 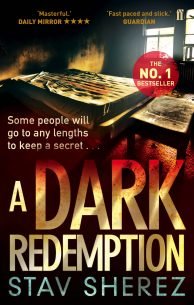 A Dark Redemption by Stav Sherez is the first in a brilliant new police procedural series, featuring DI Jack Carrigan and… The Black Monastery by Stav Sherez is a dark and compelling stand-alone crime thriller set on the Greek island of Palassos.