Humphrey Burton read Music and History at Cambridge University and entered the BBC as a sound studio manager in 1955. In 1958 he joined the ground-breaking TV arts magazine, ‘Monitor’. He has won many international awards, including three from the British Academy, four Emmies and the Italia Prize (for The Making of West Side Story).

Twice in charge of Music and Arts for BBC Television, Burton was also a founder member of London Weekend Television, where he edited and presented the ITV arts series ‘Aquarius’. He is still active in the fields of radio and television.

To celebrate his seventieth birthday in March 2001 he conducted a charity gala performance of Verdi’s ‘Requiem’ at the Royal Albert Hall in aid of prostate cancer.

Burton worked with Yehudi Menuhin on many radio and television programmes, including a 20-part radio series for Classic FM. He was also a frequent collaborator with Leonard Bernstein, and later wrote his biography, also published by Faber. He was awarded a CBE in the Millennium honours., Born in 1931, Humphrey Burton, CBE, was educated at Long Dene, a co-educational progressive school, and the Judd School, Tonbridge. After military service in the Royal Signals he read music and history at Cambridge and spent a year in France researching eighteenth-century musical life before joining the BBC in 1955 as a studio manager. He was recruited to the ground-breaking TV arts magazine Monitor three years later, rising to become the first head of the BBC’s music and arts department and winning the British Academy’s top award for creative programme-making. This was the first of many UK and international honours for such programmes as The Golden Ring and The Making of West Side Story. Between 1967 and 1975 Burton was a founder member of London Weekend Television, editing and hosting ITV’s popular arts series Aquarius. After a second spell as a BBC boss, he retired from management at the age of fifty and has since concentrated on direction, broadcasting, writing and impresario duties at the Hollywood Bowl, Tanglewood and the Barbican Centre. In recent years he has branched out as a worldwide cruise director and lecturer on musical subjects.

Burton worked with Yehudi Menuhin on many radio and television programmes, including a twenty-part biography for Classic FM entitled Menuhin: Master Musician – of which a revised version is to be broadcast in 2016. He was also a frequent collaborator of Leonard Bernstein, producing a dozen documentaries and directing close on two hundred filmed concerts: his widely-praised Bernstein biography is also published by Faber. 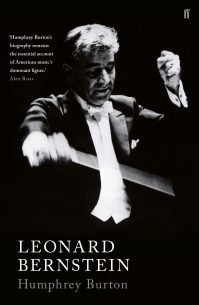 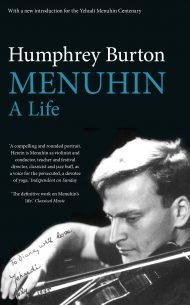