Born in Glasgow, Sharman Macdonald became an actress on graduation from Edinburgh University but gave it up to write. Her plays include When I Was a Girl, I Used to Scream and Shout… (Bush) which won her the Evening Standard Award for Most Promising Playwright of 1984, The Brave (Bush), When We Were Women (National), All Things Nice (Royal Court), Shades (Albery), The Winter Guest (West Yorkshire Playhouse/Almeida), which was adapted into a film with Alan Rickman, Sea Urchins (Dundee Rep), Borders of Paradise (Watford Place), After Juliet (National) and The Girl with Red Hair (Bush/Royal Lyceum). She is the author of two novels, The Beast and Night, Night. 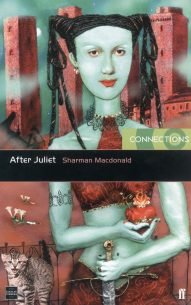 After Juliet, by Sharman Macdonald, was specially commissioned by the Royal National Theatre for the BT National Connections Scheme for young… 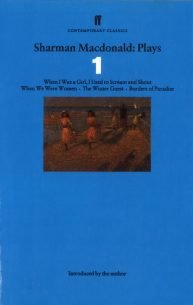 Sharman Macdonald Plays 1 includes: When I Was a Girl, I Used to Scream and Shout; When We Were Women; The…