Robert Louis Stevenson was born in Edinburgh in 1850. He loved to travel and this became the basis of many of his stories. He became famous for novels such as Treasure Island, Kidnapped, and The Strange Case of Dr. Jekyll and Mr. Hyde during his lifetime and they have been beloved ever since. The idea for Treasure Island came from a map that he had drawn for his 12-year-old stepson, the pirate story which accompanied the map was serialised in the boys’ magazine Young Folks and was later published in book form. 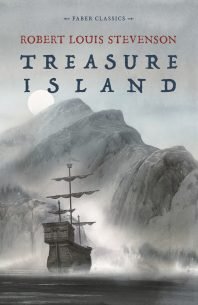 One of our hand-picked classics that no home should be without, this is a thrilling tale of murder, money and mutiny.