Robert Gildea is Professor of Modern History at the University of Oxford. He specialises in

nineteenth- and twentieth-century French and European History, with a particular focus on

the Second World War. His previous work on France under the German Occupation,

Marianne in Chains (2002) won the Wolfson History Prize. The Past in French History

(1994) explored French collective memory and political culture since the Revolution. Most

of Revolt (2013). He is married with four children and lives in Oxford. 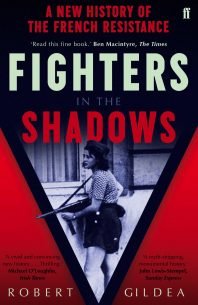 Longlisted for the Samuel Johnson Prize, Fighters in the Shadows tells the story of the French Resistance – as it was,…