Robert Bernard Martin (1918-1999) was born in Illinois. He had a distinguished academic career and was Professor Emeritus of English at Princeton University, USA, from 1951 to 1975, before retiring to Oxford, where he became a writer. He published ten books about the Victorian era, including biographies such as Tennyson, the Unquiet Heart in 1980 and A Very Private Life in 1991. 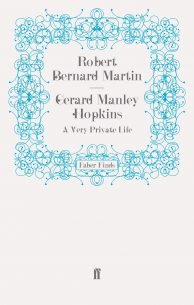