Richard West (b. 1930) is a British journalist and author most noted for his reporting of the Vietnam War, and Yugoslavia, for which he has had a lifelong passion. He began his career at the Manchester Guardian, subsequently becoming a foreign correspondent in Yugoslavia, Africa, Central America and Indochina. Among his books are Tito and the Rise and Fall of Yugoslavia, The Making of the Prime Minister and An English Journey. 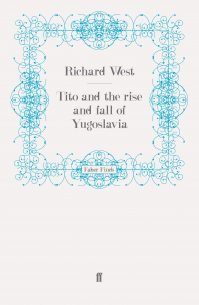 Few figures have dominated a nation’s destiny as much as Marshal Tito of former Yugoslavia. For nearly thirty years he held…