Richard Morrison is chief music critic of The Times and writes a wide-ranging weekly column on cultural and social matters, which is noted for its humour and passion. From 1989 to 1999 he also edited the paper’s arts pages. He is a music graduate of Cambridge University and former orchestral trombonist and organist.He was taken to his first London Symphony Orchestra concert in 1960, aged five, and wrote his first professional review of the orchestra 16 years later. Since then he has heard the orchestra perform under most of the world’s top conductors. 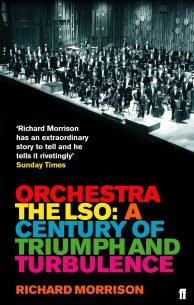 Orchestra: The LSO: A Century of Triumphs and Turbulence by Richard Morrison is a landmark celebration of one of the most…