Richard Jefferies was born in 1848 and died in 1887. The son of an unsuccessful farmer, he had an impoverished childhood. His early novels were failures, but his love of the countryside, and a spell as a gamekeeper, allowed him to start writing pieces on nature and landscape for the Pall Mall Gazette. These were collected as The Gamekeeper at Home (1878) and Wildlife in a Southern County (1879). Their simplicity and exactness of description of rural life established his reputation, which grew with The Amateur Poacher (1879), Hodge and His Masters and Round About a Great Estate(both 1880). Hodge and His Masters is an important portrait of rural labour just before the great agricultural depression swept away many traditional crafts and settlements from the English countryside. Jefferies’ most famous book today is After London (1885), a dystopian novel set in an England whose industrial society has catastrophically collapsed. 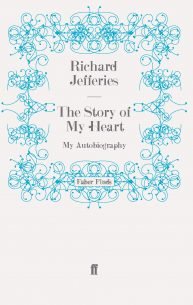 The Story of My Heart, first published in 1883, is one of the stranger autobiographies in the English language. It describes…