Richard Cobb (1917-1996) was born at Frinton-on-Sea, Essex, brought up in Tunbridge Wells, and educated at Shrewsbury School and Merton College, Oxford.

His first calling was as an historian, he was Professor of Modern History at Oxford from 1973-1984, and his passion was for France and more especially the radical phase of the French Revolution. He was winner of Wolfson Prize for History in 1979, and received several honours from the French government.

Later on in his life he turned to autobiography for which he had an idiosyncratic talent. Still Life and A Classical Education are two memorable examples of his writing in this vein. 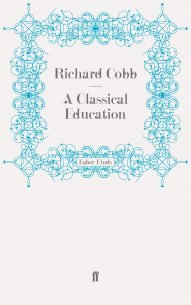