Peter Frederick Anson (1889-1975) was born in Southsea, the son of a Rear Admiral with strong ties to the Church of England and the monarchy and on his mother’s family’s side, strong ties to Scotland. Throughout his life Anson would live out the tensions between these early influences of the sea, the Church and Scotland and his attempts to reconcile them led to a restless life of constant travel and upheaval. His talent for drawing was apparent from an early age and by this time he had begun to display the obsessive interest in churches and ritual that continued all his life. He could be described as an oddity, a combination of Nikolaus Pevsner and Ronald Firbank, in being at once rigorous and yet eccentric. In 1913 he joined the Anglican Benedictine monastery at Caldey Island near Tenby and almost immediately he and the majority of its members converted to Roman Catholicism. In 1920 Anson tried to unify his disparate interests by establishing ‘The Apostleship of the Sea’ – a Catholic organization for seafarers but, and not for the first time, ill health intervened and forced him to give it up. By 1927 he had also given up the monastic life and turned full time to writing, publishing forty books ranging from specialist studies of fishermen in Scotland to works on churches and ecclesiastical history. In the 1930s he lived at Harbour Head in Scotland for several years and became involved in nascent Scottish nationalism, befriending Neil Gunn and Compton Mackenzie among others. His two volumes of memoirs published in the 1940s provide a unique record or an unusual life and talent. In 1960 he published his unsurpassed masterpiece, Fashions in Church Furnishings 1840-1940. In the final years of his life Anson rejoined the monastic life first at Caldey and subsequently at the Sancta Maria Abbey at Nunraw, East Lothian. 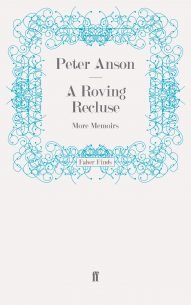 A Roving Recluse is the second volume of memoirs by Peter Frederick Anson; the eccentric monk, writer and artist who became… 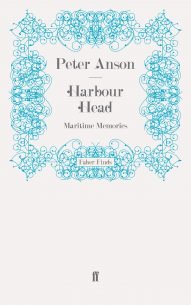 The first of two volumes of memoirs by monk, writer and artist Peter Frederick Anson, Harbour Head was published in 1944…