Omar Mohamed spent his childhood at the Dadaab camp, after his father was killed and he was separated from his mother in Somalia. He devoted everything to taking care of his younger brother, Hassan, and to pursuing his education. He now lives in Lancaster, Pennsylvania, with his wife and five children, and works at a center to help resettle other refugees. He is the founder of Refugee Strong, a non-profit organization that empowers students living in refugee camps. He still works with the Dadaab camp and travels back there once a year. 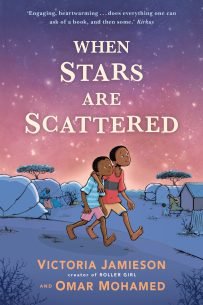 A heart-wrenching true story about life in a Kenyan refugee camp that will restore your faith in real-life happy endings.