Oliver Craske is a writer and editor from London. Alongside a career as a book publisher, he has had a longstanding interest in Indian music. He first met Shankar in 1994, worked with him on his autobiography (Raga Mala, 1997) and was encouraged by him to write his full story after his death. 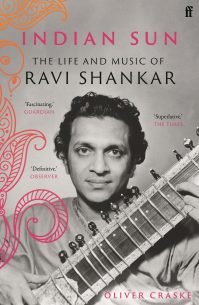