Olaf Olafsson was born in Reykjavik in 1962. He attended Brandeis University, where he studied physics. Formerly the president of Sony Interactive Entertainment, he is currently Vice-Chairman of Time Warner Digital Media. His debut novel in English, Absolution, was published in 1994 and became the biggest-selling work of fiction in Iceland’s history. His second novel, The Journey Home, was published by Faber in 2001. He lives in New York City. 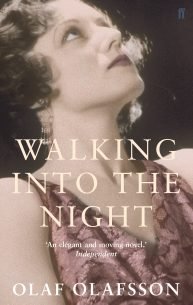