Sir Neville Cardus (1889-1975) was born in Manchester and became assistant cricket ‘pro’ at Shrewsbury School in his early twenties. He joined the Manchester Guardian in 1916 and his articles written under the name of ‘Cricketer’ made him famous throughout the country.

He visited Australia in 1936-7 to report on England’s cricket tour and wrote Australian Summer based on his experiences on the tour. At the outbreak of war he accepted an invitation to cover Sir Thomas Beecham’s tour of Australia and moved to Australia in 1940, working first for Melbourne’s The Herald and then for the Sydney Morning Herald.

He returned to London in 1949 and rejoined the Manchester Guardian in 1951 as its music critic. In 1967 he was awarded a knighthood.

Cardus published eleven books on cricket and nine on music during his lifetime. 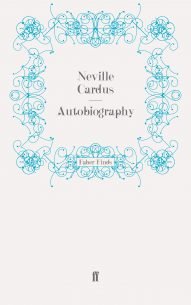 Autobiography was first published in 1947 and was described by J. B. Priestley as ‘one of the best pieces of writing…