Michèle Desbordes grew up in Orléans, France. She studied at the Sorbonne and eventually specialised as a book archivist, working in Parisian universities and also as a lecturer in Guadeloupe. The Maid’s Request is her first novel, which was first published as La Demande in France to enormous critical acclaim. Her second novel, Le Commandement, is now a bestseller in France and will also be published by Faber. 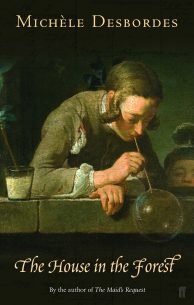 The House in the Forest by Michele Desbordes is a tantalising mystery, a gripping and lyrical meditation on love, loss and…

The House in the Forest
Michèle Desbordes
£6.99 The Maid’s Request tells the beautiful story of an enigmatic relationship between a 16th-century Italian painter and his servant. At the…