Michael Smith is a writer, film-maker and broadcaster. He is the author of two works of fiction, The Giro Playboy and Shorty Loves Wing Wong, and has written features for the Guardian, the Observer, the Idler and Dazed and Confused, amongst others.He has made a number of short films for BBC 2’s The Culture Show. His short film Lost in London was premiered at the Barbican Centre, London in June 2012. 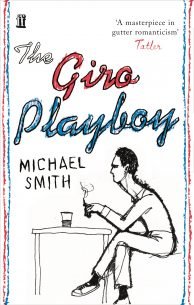 The Giro Playboy by Michael Smith is an utterly charming miniature picaresque and a portrait of a life blissfully unmoored, and…