Maurice Walsh is the author of the groundbreaking The News from Ireland: Foreign Correspondents and the Irish Revolution which was described by Colm Toibin as ‘an invaluable book’. An award-winning documentary maker, he has reported from Africa, Asia, Latin America, the United States and Europe. His essays, reviews and reportage have appeared in Granta, the London Review of Books, the Dublin Review, the New Statesman, and other newspapers in the UK, Ireland and the US. He was Knight Wallace Fellow at the University of Michigan in 2001, and Alistair Horne Fellow at St Antony’s College, Oxford in 2010/11. 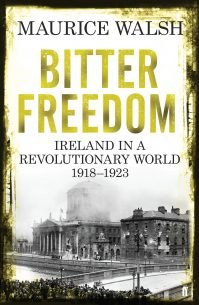