Matt Charman’s first play, A Night at the Dogs (Soho Theatre, London), won the prestigious Verity Bargate Award for new writers. Other productions include The Observer, directed by Sir Richard Eyre, and The Five Wives of Maurice Pinder, and Greenland (written with Jack Thorne, Moira Buffini and Penelope Skinner), all three of which premiered at the National Theatre, London, where Charman was previously Pearson Writer in Residence. Regrets received its world premiere at the Manhattan Theatre Club in May 2012, while his next, The Machine, will premiere at the Manchester International Festival in May 2013, before being staged at the Armory in New York. He is a recipient of the Peggy Ramsay Award and the 2008 Catherine Johnson Award for Best Play for The Observer. 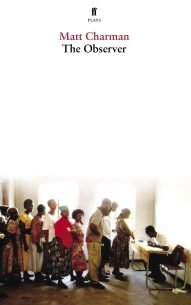 An international group of observers arrives in a West African country to oversee and rubber stamp its first democratic election. New…

The Five Wives of Maurice Pinder premiered at the National Theatre, London, in June 2007. 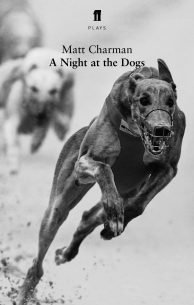 This Dog, our girl, they’re not expecting her to win. We’ll never have that secret weapon again so just enjoy it.…