Mark Wigglesworth has been conducting for thirty years, working with over a hundred orchestras and collaborating with many of the world’s finest orchestra musicians, soloists, singers, and directors in venues ranging from Vienna’s Musikverein to New York’s Carnegie Hall, the Sydney Opera House to the Hollywood Bowl, and the Royal Opera House, Covent Garden to the Metropolitan Opera, New York. He has written articles for The Guardian and The Independent, made a six-part BBC TV series entitled ‘Everything to Play For,’ and recorded a highly acclaimed cycle of Shostakovich symphonies. In 2017 he won the Olivier Award for Outstanding Achievement in Opera. 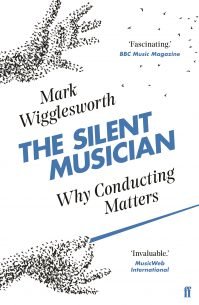 A unique insight into a conductor’s world

The Silent Musician
Mark Wigglesworth
£10.99
From the Journal