Marie Darrieussecq was born in 1969 in Bayonne, France. She is a graduate of the Ecole Normale Superieure in Paris. Her debut novel, Pig Tales (1996), was published in 34 countries and became the most popular first novel in France since the 1950s. Her second novel, My Phantom Husband (1998), became an immediate bestseller. Her third novel, Breathing Underwater, prompted Francis Gilbert in The Times to declare that ‘there are very few writers who may have changed my perception of the world, but Darrieussecq is one of them’. Her fourth novel, A Brief Stay with the Living, is published in June 2003. It is 2015. Edmée and Pete are engineers on a remote research station in Antarctica. Both are running from tragic events… 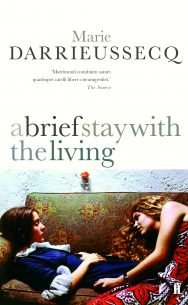 A Brief Stay with the Living by Marie Darrieussecq gradually reveals the terrible event which connects four women, a mother and…

A Brief Stay with the Living
Marie Darrieussecq
£6.99 Pig Tales is a brilliant satirical novel about a stunning young woman working in a beauty ‘massage’ parlour. She enjoys extraordinary… Breathing Underwater by Marie Darrieussecq: ‘There are very few writers who may have changed my perception of the world, but Darrieussecq… 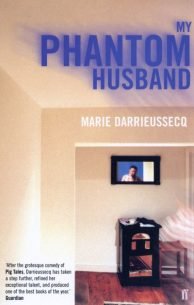 What would you think if your husband, one day, with no word of explanation or warning, vanished? When would you begin…