Marcus Ryder has over twenty-five years’ experience working in television and journalism and is a leader on the issue of diversity in the media. He was previously the Chair of the Royal Television Society’s Diversity Committee and was the head of BBC Scotland Current Affairs for nearly a decade. He is the recipient of a number of awards for his work, including multiple BAFTA Awards,and recently took up the position of Chair of RADA Council – the UK’s leading drama school. This is more than a book – it’s an incitement to change people’s perceptions, with a wider reach in the updated… 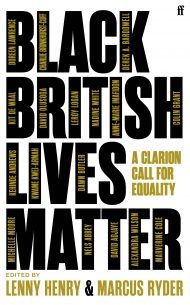 This is more than a book – it’s an incitement to change people’s perceptions. Featuring essays from David Olusoga, Dawn Butler… A revolutionary manifesto from the legendary Sir Lenny Henry reveals why diversity in the media is vital, and shows us how…