Laurent Tirard was born in 1967. He studied film-making at New York University, from which he graduated with honours in 1990. After a year as a script reader for the Warner Bros. Studio in Los Angeles, he became a journalist for the French film magazine Studio. There, over the course of seven years, he screened and reviewed more than a hundred films a year. He also had the opportunity to interview all the great directors of the day, engaging them in lengthy discussions on the most practical aspects of film-making for a series called ‘Lessons in Cinema’. For the last four years he has put all his lessons into practice, first as a screenwriter on French feature films and television movies, then as a director of two short films, Reliable Sources and Tomorrow is Another Day. The first received the 1999 Panavision Award at the Avignon/New York Film Festival, the second was selected for the 2000 Telluride Film Festival. Laurent Tirard is currently working on his first feature film as a director. He lives in Paris with his wife and son. 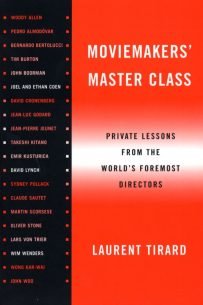 From Scorsese and Lynch to Wenders and Godard: interviews with twenty of the world’s greatest directors on how they make films…