Kevin Eldon started his career as a character based stand-up comic and has since collaborated with many of the top names in British comedy. His BBC Two television show, It’s Kevin, was broadcast in 2013 to great acclaim, building on the success of his Radio 4 show, Kevin Eldon Will See You Now. Some of the comedies he has been involved with include Big Train, Jam, I’m Alan Partridge, Hunderby, The IT Crowd, Hot Fuzz, Four Lions and Martin Scorsese’s Hugo. 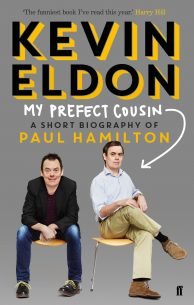