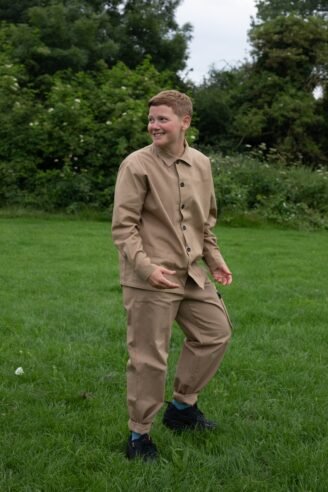 Kae Tempest is a poet. They are also a writer, a lyricist, a performer and a recording artist. They have published plays, poems, a novel, a book length non-fiction essay (On Connection, published by Faber & Faber in 2020), released albums and toured extensively, selling out shows from Reykjavik to Rio de Janeiro. They received Mercury Music Prize nominations for both of the albums Everybody Down and Let Them Eat Chaos and two Ivor Novello nominations for their song-writing on The Book of Traps and Lessons. They were named a Next Generation Poet in 2014, a once in a decade accolade.They received the Ted Hughes Award for their longform narrative poem Brand New Ancients and the Leone D’Argento at the Venice Teatro Biennale for their work as a playwright. Their books have been translated into eleven languages and published to critical acclaim around the world. They were born in London in 1985 where they still live. They hope to continue putting words together for a long time. Staggering talent Kae Tempest’s first work of non-fiction: a meditation on the power of creative connection.

On Connection
Kae Tempest
£7.99
From the Journal