Joseph Charlton is a writer from the north east of England. He worked as a journalist from 2012-2017, primarily at the Independent. His first play, Anniversary, was published in Craig Raine’s literary magazine, Arete, in 2017. His second play, Brilliant Jerks, was performed at the Vaults Festival, in London, in 2018. He is now expanding the play into a planned eight part series for the BBC. ANNA X was first performed at the Vaults Festival in 2019. He is currently writing on the second series of HBO and BBC’s Industry, as well as working on a novel. 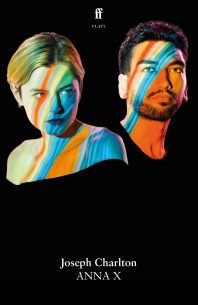