John Rentoul is chief political commentator for The Independent on Sunday, and visiting professor at Queen Mary, University of London, where he teaches contemporary history. Previously he was chief leader writer for The Independent. His definitive biography of Tony Blair was first published in 1996, updated once in 2001, and then again in 2013 for publication by Faber Finds. His other books include The Banned List, Questions to Which the Answer is ‘No!’, and Listellany, all of which have drawn upon his influential Twitter feed @JohnRentoul, widely regarded as an essential Follow for anyone interested in current affairs. 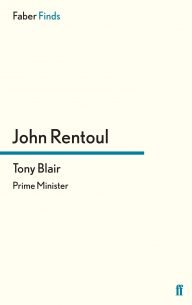