John Fardell is the author of three children’s novels, including The Seven Professors of the Far North and The Secret of the Black Moon Moth. He also works as a freelance cartoonist, illustrator, designer and puppeteer. A regular contributor to Viz (he is the creator of The Modern Parents and The Critics amongst others), his work has appeared in the Independent, the Evening Standard, the New Statesman, the Glasgow Herald and the List. He is married with two boys and lives in Edinburgh. 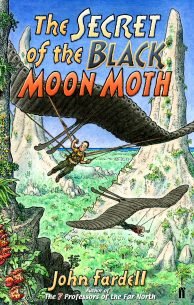 The Secret of the Black Moon Moth is the third book in John Fardell’s highly acclaimed series.

The Secret of the Black Moon Moth
John Fardell
£7.99 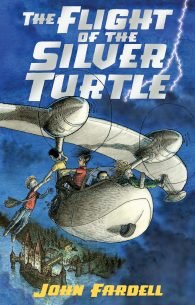 The Flight of the Silver Turtle by John Fardell is full of gripping escapades, thrilling action and astounding surprises, from the…

The Flight of the Silver Turtle
John Fardell
£7.99