John Cowper Powys (1872-1963) was born in Derbyshire, brought up in the West Country (the Somerset/Dorset border area was to have a lasting influence on him), went to Cambridge University and then became a teacher and lecturer mainly in the USA where he lived for about thirty years. On returning to the UK, after a short spell in Dorset, he settled in Wales in 1935 where he lived for the rest of his long life.

Those are the bare bones of his life. In some senses they seem unimportant when set alongside his extraordinary writing career. Not only was output prodigious, it was like nothing else in English Literature.

Indeed, George Steiner has made the bold claim that his works are ‘the only novels produced by an English writer that can fairly be compared to the fictions of Tolstoy and Dostoevsky’. And even that doesn’t touch on their multifarious strangeness.

In addition to his Autobiography his masterpieces are considered to be Wolf Solent, Glastonbury Romance, Weymouth Sands and Porius. But his lesser, or less well-known, works shouldn’t be overlooked, they spring from the same weird, mystical, brilliant and obsessive imagination.

John Cowper Powys is a challenging author with an impressive list of admirers. In addition to George Steiner, these have included Robertson Davies, Margaret Drabble, Theodore Dreiser, Henry Miller, J. B. Priestley and Angus Wilson.

‘It is not our struggle to be happy that is mistaken; it is our false idea that we can find happiness… 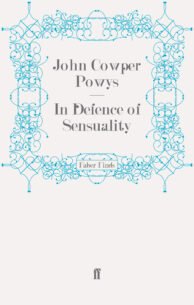 In Defence of Sensuality was first published in 1930. The author’s own foreword to the book is worth quoting in full:… John Cowper Powys could never be straightforward or orthodox but here he sets off with a useful purpose. ‘The aim of… 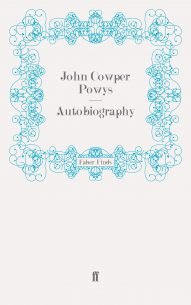 Published in 1954, John Cowper Powys called this novel, a ‘long romance about Odysseus in his extreme old age, hoisting sail… 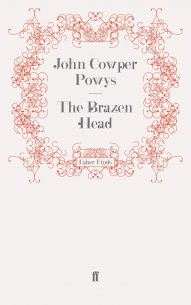 Ducdame was John Cowper Powys’ fourth novel published in 1925. It is set in Dorset. The protagonist, Rook Ashover (a wonderfully… First published in 1937, John Cowper Powys originally wanted to call this novel ‘Hell’. One can see why. Powys was a… Wood and Stone was John Cowper Powys’ first novel published in 1915. It is no prentice-work however – the author was… 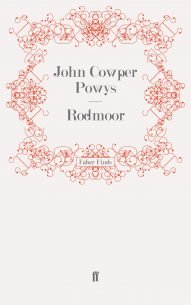 Rodmoor is, unusually for a John Cowper Powys novel, set in East Anglia, Rodmoor itself being a coastal village. The protagonist,… 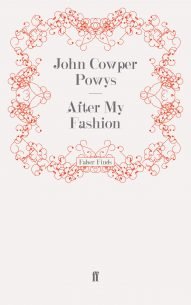 After My Fashion has an unusual publishing history. Although it was John Cowper Powys third novel written in 1920, it wasn’t…