John Berryman (1914-72) was born John Smith in McAlester, Oklahoma, and educated at Colombia College and Cambridge University. He later held posts at Harvard and Princeton, before taking up a professorship at the University of Minnesota.
He won the Pulitzer Prize in 1965 for 77 Dream Songs, and he continued to build upon this series of poems, publishing the end result, The Dream Songs, in 1969. His Collected Poems was published after his death in 1991. The Selected Poems 1938-1968 of John Berryman, chosen by the poet himself, reveals clearly that the poet’s work extends far beyond… 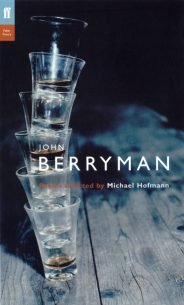 John Berryman: Poems Selected by Michael Hofmann is a wonderful introduction to the incredibly eclectic and vibrant voice that Berryman managed…