Jesse Briton grew up in Somerset and trained on East 15 Acting School’s Contemporary Theatre course under Uri Roodner. His work as an actor has included performances at Bristol Old Vic, Finborough Theatre and the ICA. As founder and artistic director of Bear Trap Theatre Company, he has written and directed two original works for the company, Bound and Enduring Song, and directed a third, Hiraeth. Commissioned work includes Movere for Curious Directive. Bound is his first play, and in 2011 he was nominated for the Evening Standard’s Most Promising Playwright Award. Alongside his performance work he regularly teaches in Somerset and London, and is a visiting director at East 15 Acting School. The Muddy Choir by Jesse Briton is a story about boys growing up during the First World War, and the humanising… France, 1096. Matthew, a young French knight, sets out on the First Crusade. Behind him he leaves a broken family, a… 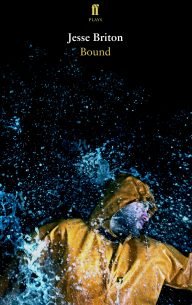 Bound by Jesse Britton premiered at the Edinburgh Festival Fringe 2009