Jane Smiley was born in Los Angeles and grew up in St Louis, Missouri. In 1992 she won the Pulitzer Prize for A Thousand Acres, for which she also won the National Book Critics’ Circle Award. Her other novels include Moo (1995), Horse Heaven (2000), which was shortlisted for the Orange Prize, Good Faith (2003) and Ten Days in the Hills (2007). Her most recent novel is Private Life (2010). In 2006 Jane Smiley was awarded the PEN Lifetime Achievement Award for Literature. Star Horse is another beautiful, thoughtful book from Pulitzer Prize winner Jane Smiley, for girls age 10+, following Abby and her… In Secret Horse, Pulitzer Prize-winning author Jane Smiley follows her debut for young readers in this stirring novel about a girl… 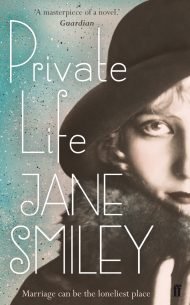 Ten Days in the Hills by Jane Smiley is a funny, provocative tale about a group of friends and family gathered… A Pulitzer Prize-winning author’s revelatory celebration of the novel – at once an anatomy of the art of fiction, a guide…

Thirteen Ways of Looking at the Novel
Jane Smiley
£20.00 A Year at the Races: Reflections on Horses, Humans, Love, Money and Luck by Jane Smiley is an enchanting and informative… 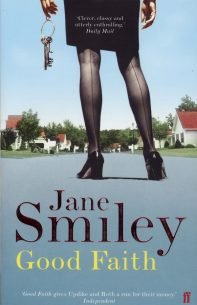 Good Faith by Jane Smiley is a masterly novel about some very American seductions: money, sex and real estate.