Ismail Khalidi was born in Beirut and raised in the United States. His plays include Truth Serum Blues and Sabra Falling (Pangea World Theater, Minneapolis), Tennis in Nablus (Alliance Theatre, Atlanta) and Foot(Teatro Amal, Chile). His writing has appeared in numerous anthologies as well as in The Nation, Guernica, American Theatre, Mizna and Remezcla. Ismail co-edited (with Naomi Wallace) Inside/Outside: Six Plays from Palestine and the Diaspora. He is currently under commission from Noor Theatre and Actors Theatre of Louisville and is a visiting artist with Teatro Amal in Chile. 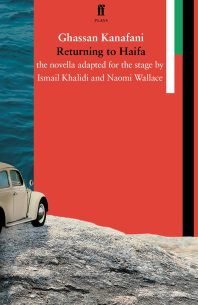 You haven’t asked, but yes, you both may stay in our house for the time being. And use our things. I…