Ida Hattemer-Higgins was born in Cincinnati, Ohio and grew up in Boston, Massachusetts. She left the USA in 2001, living first in Tokyo, then in Bombay, later in Stockholm, and for the past seven years as a student of literature in Berlin, Germany, where she has also worked as a walking-tour guide and translator. She now divides her time between Berlin and Moscow. This is her first novel. 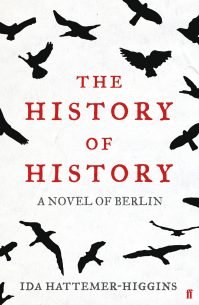 The History of History: A Novel of Berlin by Ida Hattemer-Higgins is a ferociously smart and electrifyingly original debut novel.