Hugh Kingsmill (1889-1949) was a novelist, a biographer of note and a talker of outstanding verve and brilliance. In his introduction to The Best of Hugh Kingsmill, Michael Holroyd wrote, ‘Behind the big names of twentieth-century literature there stands a shadow cabinet of writers waiting to take over once the Wind of Change has blown. My own vote goes to High Kingsmill as leader of this opposition’.

Hugh Kingsmill wrote over thirty books, and Faber Finds, to mark the sixtieth anniversary of his death, is reissuing four of them: After Puritanism, Frank Harris, Samuel Johnson, and his anthology Johnson Without Boswell. 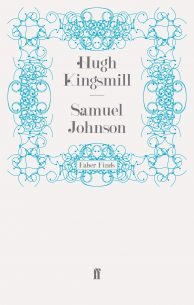 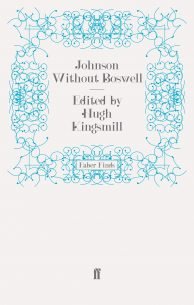 Boswell’s life of Johnson is incontestably one of the great biographies in the English language. And yet not even it can…