Hugh Brody was born in 1943 and educated at Trinity College, Oxford. He taught social anthropology at Queen’s University, Belfast. He is an Honorary Associate of the Scott Polar Research Institute at the University of Cambridge, and an Associate of the School for Comparative Literature at the University of Toronto.$$$In the 1970s he worked with the Canadian Department of Indian and Northern Affairs, and then with Inuit and Indian organisations, mapping hunter-gatherer territories and researching Land Claims and indigenous rights in many parts of Canada. He was an adviser to the Mackenzie Pipeline Inquiry, a member of the World Bank’s famous Morse Commission and chairman of the Snake River Independent Review, all of which took him to the encounter between large-scale development and indigenous communities. Since 1997 he has worked with the South African San Institute on Bushman history and land rights in the Southern Kalahari. 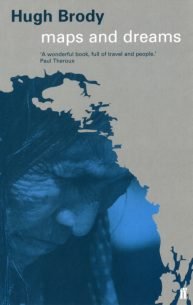 Maps and Dreams by Hugh Brody is an account of an extraordinary eighteen month journey through the Canadian sub-arctic. 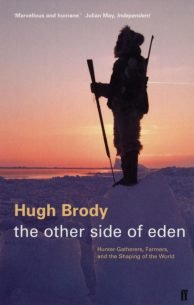 The Other Side of Eden by Hugh Brody invites the reader to embark upon a series of expeditions, into the territories…