It was as a conductor that Gustav Mahler (1860-1911) became recognised as one of the major figures of pre-1914 Vienna. After his early death his music was neglected, but since the 1960s the extraordinary achievement of his ten symphonies has been universally recognised, and has led to his establishment as one of the greatest of 20th century composers. 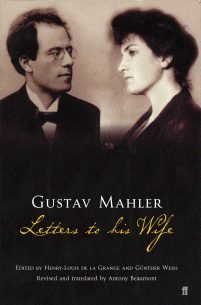 Gustav Mahler: Letters to his Wife presents the remarkable and intimate letters of the hugely renowned composer.