Gillian Clarke was born in Cardiff, Wales. National Poet of Wales 2008–2016, winner of the Queen’s Gold Medal for Poetry (2010) and the Wilfred Owen Association Poetry award (2012), she is one of the best-known names in UK poetry today, as well as one of the most popular poets on the school curriculum. Poet, playwright, editor, translator, she is President of Ty Newydd writers’ centre in North Wales which she co-founded in 1990. Her collections include Making Beds for the Dead (2004) and A Recipe for Water (2009); her Selected Poems appeared in 2016. 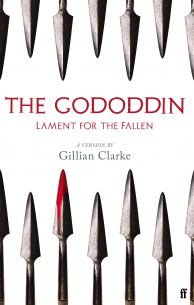 A new version of one of Britain’s oldest cultural treasures, which captures its compelling ‘word-music’.