Gavin Lambert was born and educated in England. He co-edited the film magazine Sequence with Lindsay Anderson, was the editor of Sight and Sound and wrote film criticism for the Sunday Times and the Guardian. He is the author of three previous biographies – On Cukor, Norma Shearer, Nazimova – the memoir Mainly About Lindsay Anderson, and seven novels, among them The Slide Area and The Goodbye People. His screenplays include The Roman Spring of Mrs Stone, the Oscar-nominated Sons and Lovers and I Never Promised You a Rose Garden. He lives in Los Angeles. 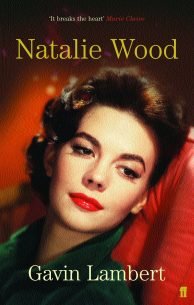 Natalie Wood by Gavin Lambert is an astonishing biography of the Hollywood actor, a book described by the Observer as ‘stunning…