Gabriel Bergmoser is an award-winning Melbourne-based author, who grew up in a small rural town. In 2015 he won the prestigious Sir Peter Ustinov Television Scriptwriting Award for his pilot Windmills, and his plays include Heroes, which was nominated for the 2017 Kenneth Branagh Award for New Drama Writing. His musical, Moonlite, about a gay bushranger, was performed as part of the 2018 Midsumma Festival to critical acclaim, and was later selected for the Homegrown Grassroots development initiative. A film adaptation of The Hunted is being developed in a joint production between Stampede Ventures and Vertigo Entertainment in Los Angeles. The author of the bestselling The Hunted returns with another unmissable, high adrenaline survival thriller. 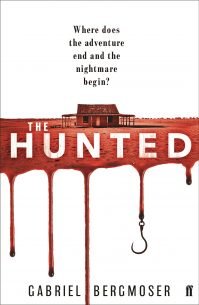 The Hunted
Gabriel Bergmoser
£8.99
From the Journal