Elizabeth Hardwick (1916-2007) was one of the greatest intellectuals of her time. A co-founder of The New York Review of Books, she authored three novels, a biography of Herman Melville, and four collections of essays, as well as contributing more than a hundred pieces to American publications. She was married to the poet Robert Lowell from 1949 to 1972. 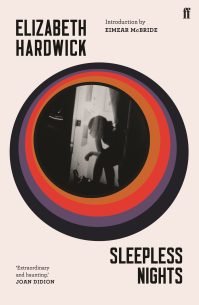 Rediscover a lost American classic: Sleepless Nights, a kaleidoscopic scrapbook of one woman’s memories, here reissued with a new introduction by… Elizabeth Hardwick’s iconic essay collection Seduction and Betrayal is a radical portrait of women and literature, reissued with a new introduction…