Born in the Orkney island of Wyre in 1887, Edwin Muir spent his first years in the idyllic setting of his father’s farm, until the family were forced by rising rents to move to Orkney’s mainland, and then, in 1901, to Glasgow. Muir worked in a number of menial jobs and became engaged in left-wing politics. Through the 1920s and 1930s, and again after the war, he lived in various European cities, notably Dresden and Prague, following the developments in literature there, and producing, with his wife Willa, the first translations into English of Franz Kafka. Most of his best poetry was written after the age of fifty. He died in Cambridge in 1959. 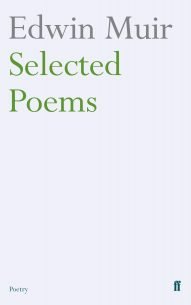