Demetrios Matheou is a London-based journalist and writer. He worked as a newspaper reporter, then an architectural journalist, before starting to watch movies for a living.

He is the film critic for the Sunday Herald in Scotland, and also writes for the Independent on Sunday, Guardian, Observer and Sight & Sound. Demetrios contributed the eponymous entry of Faber’s Ten Bad Dates with De Niro. 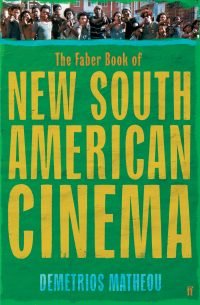