David Watson’s first play Just a Bloke was staged as part of the Royal Court’s Young Writers Festival when he was 17. Other plays include Flight Path (Bush Theatre/Out of Joint), Any Which Way, performed by ex-offenders for Only Connect Theatre Company and Pieces of Vincent (Arcola). He has written short plays for the Birmingham Rep and the Tricycle Theatre. His TV work includes L8R (Hi8us/BBC), for which he won a Children’s BAFTA. 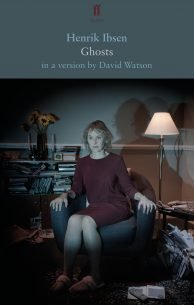 A hopeful young man, a teacher in love, a pregnant woman. A fearful policeman, a boy on a mission, a pianist…