David Magarshack (1899-1977) was born in Riga, in present-day Latvia (Riga was then part of Russia). He moved to Britain in 1920 and became naturalized in 1931. After graduating from University College London in English Language and Literature, he worked in Fleet Street, subsequently becoming a published writer.
Best known for his translations of Dostoevsky, he also published several novels, and biographies of Chekhov, Gogol, Dostoevsky, Pushkin, Stanislavsky and Turgenev. 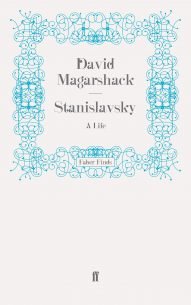