David Litchfield lives in Bedfordshire. He first started to draw when he was very young, creating Star Wars and Indiana Jones ‘mash up’ comics for his older brother and sister. Since then David’s work has appeared in magazines, newspapers, books and on T-shirts. He has also exhibited his illustrations in both solo and group shows in the UK, Europe and America. 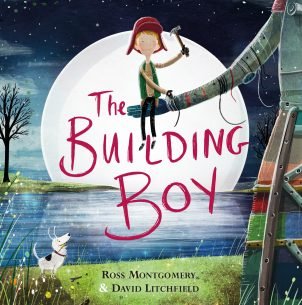 A beautiful, epic story about life, death and seeing the world, that should sit alongside classics like The Snowman, this is… Prepare to learn all about Earth from the voice of the planet itself! A heartwarming tale about bravery, kindness and welcoming strangers, from the extraordinary team behind The Building Boy.